Exhausted from such a late night, I did not rise until the afternoon. I curled up in a blatant refusal to rise, using the hood of my sleeping bag to feign darkness.
I wiped the sleep from my eyes. At least I had reclaimed my things. 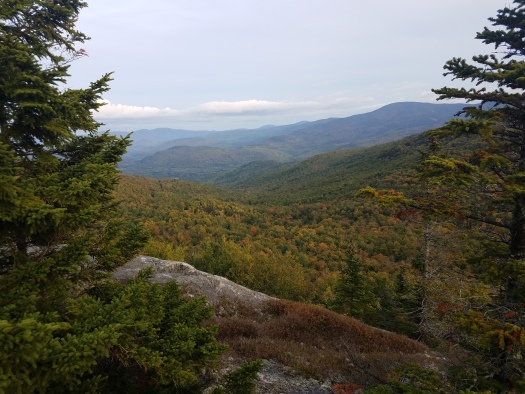 The water sources were all less than appealing. I collected from a brook.  Its yellowish waters changed the color of my nalgene. And the foam…what was that foam? Maybe, as another hiker had suggested, the off-color is due to the fallen leaves that gather in its pools. Like a tea of sorts. Yes. I liked that thought.

The night was clear and beautiful.

I came to a campsite by an outlet of Dream Lake. I recalled my hopes of getting here the night before.  I sighed.

…and hey, I’m nearly to Maine.